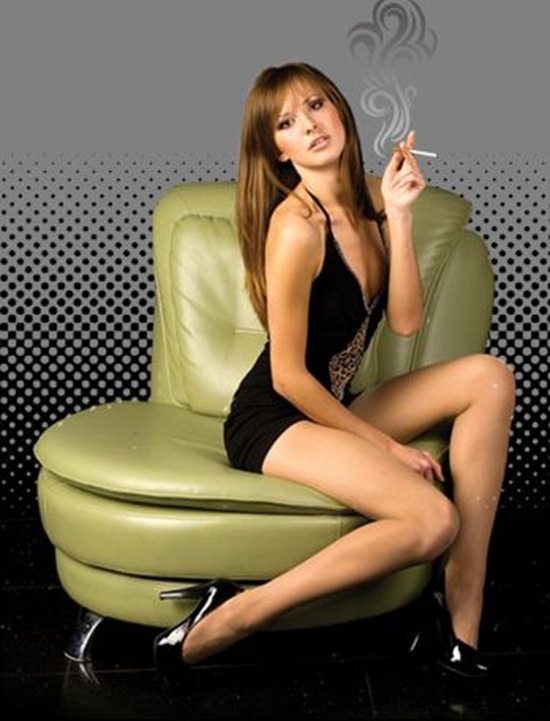 Gadgets are everywhere!  They get into every aspect of our lives, including some of our most sinful habits, like smoking, A while back I ran into a buddy of mine, a once heavy smoker.  He was sporting something that red-scaled the techie geek factor even for a guy like me "“ a freaking "e-cigarette".  An e-cigarette is a nicotine delivery system that looks like a regular cigarette comprised of a heating vapor coil, atomizer and battery "“ something that should have been included in the retro-futuristic politically incorrect cartoons like the Jetson's.

This particular one, was the black Krave e-cigarette with a metallic band and a bright blue LED, like the one on my Linksys router. The really trippy thing was, my buddy was puffing on it like on a real cig and even blowing out what looked like smoke, but it didn't stink.  Now I am not a real smoker, more of an occasional-once-in-a-while-with-friends kind of guy, but the idea of a stink-free, tobacco-free, tar-free, carbon-monoxide-free cigarette appealed to me. The thing is, I am also not the kind of guy who wants to smoke something that looks like a laser-pointer, so I opted for one of the more traditional cigarette looking Kraves with a LED that looked more like a regular cigarette.  I got the Original and Menthol versions and found them to be pretty damn cool!  From the look and feel, down to the solid hit of nicotine and the tar-free, monoxide free, stink free realistic smoke, the Krave electric cigarettes delivered the nicotine high without making me smell like an ashtray.

The Krave Electric Cigarettes do not generate second hand smoke, so if you give a damn about the non-smoking community and the environment, they are the way to go.  In terms of actual use, they are no more complicated than the real thing "“ you don't need to be an electrical engineer or even a meth-lab techie (no batteries to charge, no chemicals to measure, etc).  When you are done puffing on your Krave, just cap it and it will be ready for your next smoke "“ even though they are disposable, these things last (500 puffs) "“ all without the donkey-ass flavor of a stale relit cigar.  Last thing, the point of this narrative is not to endorse smoking, or drinking, or peeing on electric fences "“ so enjoy responsibly.  You can visit the Smoke51.com for a more robust legal disclaimer and to check out their cool selection.