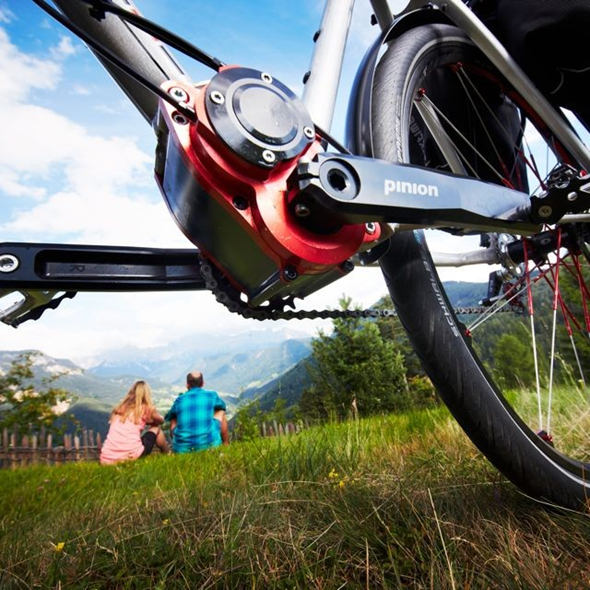 If you ride a bike much, you know the one part of your bike that is most likely to fail you.  The rear derailleur.  Not much of a surprise considering the complexity and the fact that they spend their time exposed to the elements.  They constantly have to be greased and need to deal with mud, water, etc,

The folks at Pinion have been working to replace the derailleur with a sealed gearbox.  While this solution isn't perfect, it weighs in at 6lbs, it is pretty damn good.  The Pinion gearbox, picture above, is the P1.18 model and has been in development for about 7 years.

"The Pinion P1.18 bicycle transmission is constructed as a spur gear with two parallel partial shaft transmissions, one with three gears, and the other with six gears. The multiplication of three by six ratios gives 18 real ratios spaced in even, ergonomically ideal, steps of 11.5 percent. The P1.18 thus achieves a total gear ratio of 636 percent."

The gears are sealed in an oil bath that should be changed at just over 6,200 miles.  Some of my favorite parts are the speed at which gear shifting takes place, the fact that gears can be changed while the cranks aren't turning, and no more stretched shifter cables.

Don't expect to buy a Pinion P1.18 and mount it on your existing mountain bike.  The P1.18 needs a dedicated frame that is designed to fit the sealed gearbox.  Hopefully this technology gains traction and looses some weight.