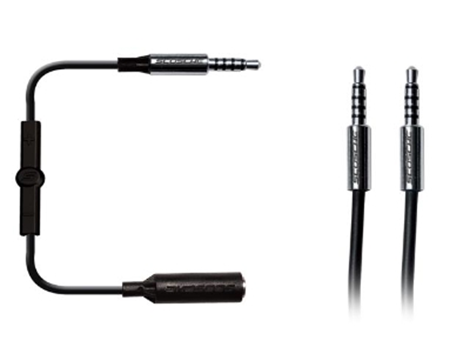 The new iPod Shuffle is super tiny and affordable enough to where everyone will have to have one.  The main problem/complaint with the new iPod Shuffle is the fact that the controls are on the supplied earphone cables.  This wouldn’t be such a problem if the earbuds weren’t so mediocre.  The folks at Scosche announced a simple fix, a control adapter for the iPod Shuffle that passes through the audio to your existing earbuds.

I’ve already seen several different sets of earbuds crop up that cater specifically to the new Shuffle, but who wants to drop $50 on a new set of earbuds when they’re perfectly happy with the ones they already have? That’s where the inline control adapter kit comes into play. This handy little device plugs into your Shuffle and allows you to use any ordinary pair of headphones or earbuds.